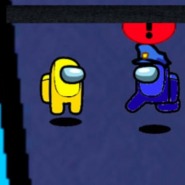 If you already played the classic version of Among Us, you know the plot. The spaceship is flying through space, but there is a traitor aboard. He wants to seize the vessel and starts killing the crew members while keeping up appearances and trying to pass for just another astronaut. And while previously you had to save yourself from his dirty hands and figure out who it is, now your task is quite the opposite. In this game, you will take on the role of that traitor and set out on an evil mission to murder every last person on the ship!

Once you find yourself on board of the rocket, start expiring its halls and rooms. The murderer needs to find keys from the main room and captain pit. They are located in the cabins of the spaceship and are carefully protected by the police. Beware of them and don’t let them come close to you! If one of these characters approaches you at a dangerous distance, you are doomed. Of course, you’ll have weapons to protect yourself – throwing knives. Hurl them at your enemies, but don’t do it too often – their number is limited. You don’t want to run out of knives too soon otherwise you’ll have nothing to fight with.

The controls are pretty simple and intuitive. To perform a certain action, use the buttons in the right corner of the screen. There are two buttons for attack – the first is used to combat the police officers, the other is needed to kill the captain. And that’s your main goal! When there is nobody to street the ship through space, you can safely take control in your own hands. This unusual space adventure will become a great experience for every Among Us fan. Dynamic gameplay, plenty of action and spectacular environment will instantly absorb your attention. Play Among Us Space online, do your best to reach your purpose and enjoy every second of this thrilling story!

For Boys
For Girls
New Games 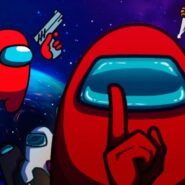 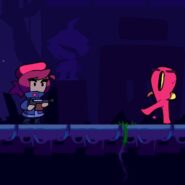 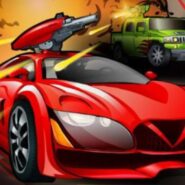 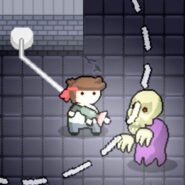 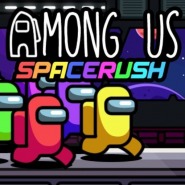 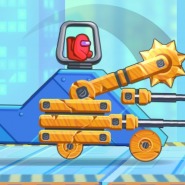